How to find air force military records, including dicharge records (both honorable and dishonorable)

In 1973, the US National Personnel Records Center or NPRC in St. Louis, Missouri was hit by a fire damaging many of the military records stored within including those of the air force military personnel.  Due to this incident, air force military records can either be those ablaze by the fire while many of the air force personnel records in electronic format by October 1, 2004 were still retained by the Office of the  US Air Force and other service personnel offices of the US Air Force.  Depending on the year of discharge or retirement, air force service records are held and compiled on several military records storage facilities. Founded in the year 1912, the Royal Flying Corps was the United Kingdom’s first air service contingent. Starting from July 1914, the Royal Flying Corps became a separate unit from its former mother unit, the Royal Naval Air Service or RNAS. But on April 1, 1918, the unit was formed in alliance with the Royal Air Force or RAF as a unified contingent of the British army. As a result of the different mergers and transfers,  British airmen and other interest parties in search of the military records of the Royal Flying Corps may find them in one or more record repositories of the British military. It is, therefore, vital in the search to exactly determine information about the subject airman’s covering dates of services since only limited data may be readily available online.

The Royal Australian Air Force (RAAF)was responsible for Australia’s foremost aerial defense unit responsible in providing military air support, surveillance, intelligence, mobility, reconnaissance as well as aid and humanitarian missions.  RAAF air squadrons, fighters, and bombers have been in the center of every major world battles such as the second World War, the Vietnam war and the Korean war. An active participant of the Desert Air Force in 1941 under the Royal Air Force Middle East command located in North Africa, RAAF provided and fielded approximately 1,000 combat squadrons of air support along with other Allied forces. 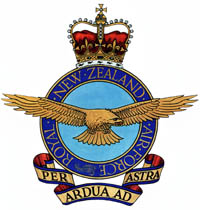 Airmen and other interested parties requesting information about personnel records must have the following information along with a signed letter of request about the subject military personnel.

How Military Personnel Records Are Requested?

Depending on the country for which your request will be addressed to, the military personnel, its next of kin and other interested parties will start initiating their search through the designated government archive and repository.  The search normally start by researching through the internet.

Addresses of Military Archives in the World.

The following archive places are some of the most sought data banks and government archives: